The plan unveiled by Cuomo at the end of June called for a circle of 19 maple trees, representing the individual groups of essential workers of the coronavirus pandemic. In the center, there would be an eternal flame honoring those lost to COVID. Cuomo also called for “Essential Worker Park” to be established at the site.
Click to expand...

The proposal to place the Circle of Heroes, the new essential workers memorial, adjacent to the Irish Hunger Memorial is being met with fierce pushback.
Click to expand...

Reminded me of Proinsias O Drisceoil's warning some 25 years ago

In the Republic, historical ecumenism proceeds more freely. Though with sudden replays of looptapes between past and present. In 1995 Proinsias O Drisceoil warned that 'commemoration is likely to become a primary site of cultural politics'. Many interpretive communities, including more powerful groups than the academy, take a proprietary interest in the Irish past. O Drisceoil's main example of cultural politics converging on commemoration was the Famine, whose popular reinvention he was among the first to construe as driven by Irish America, and as serving the interests of 'nationalist ideologues and tourist promoters' handed 'an unsurpassable opportunity to combine in “re-living” (and in selling) a Catholic Irish trauma which transferred to North America and which can capably match the weltschmertz of any ethnic competitor'. 26

The nice one, or so it seemed.

Cruimh said:
I'm gobsmacked at the territoriality and possessiveness shown in response to an attempt to commemorate essential workers and Victims of COVID

Reminded me of Proinsias O Drisceoil's warning some 25 years ago

Seems a bit precious to me to object on those grounds.
Consistency is contrary to nature, contrary to life. The only completely consistent people are dead. Aldous Huxley

Statsman said:
Seems a bit precious to me to object on those grounds.
Click to expand...

And a bit stupid. One may attract visitors to the other. And that means more people get to know about the Famine. Which is a good thing. Especially if parents are bringing their kids to see this stuff in years to come.
Formerly known as Gin Soaked...

Statsman said:
Seems a bit precious to me to object on those grounds.
Click to expand...

The “my pain’s greater than yours” argument is rarely a good one.

It shouldn’t be a competition.,
A little lie goes a long way when you can't say quite for sure what's the truth. - Mark Oliver Everett 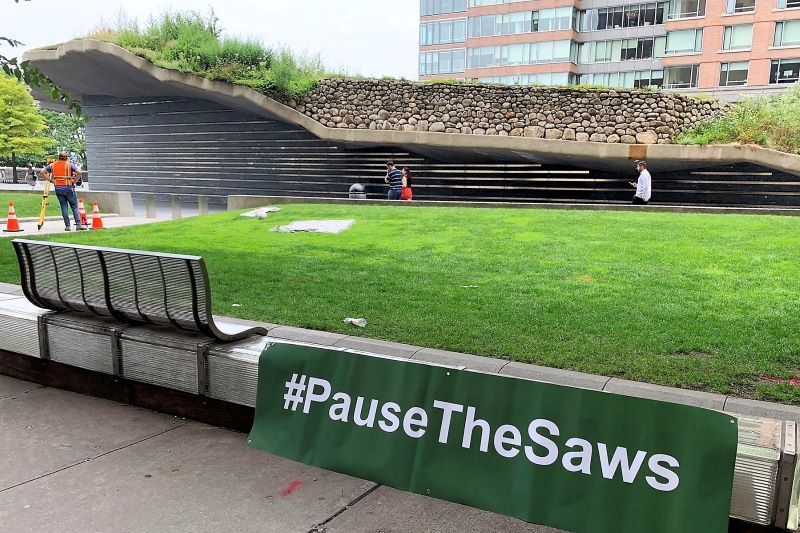 While opposition grew on Thursday, local residents said they were willing to work to find a more agreeable plan for the proposed memorial adjacent to the Irish Hunger Memorial. Governor Cuomo's office said on Thursday said it looks forward to "sharing updated plans."

And now the dinosaurs weigh in

The Ancient Order of Hibernians said that Cuomo's proposal to build another memorial around the perimeter of the Irish Hunger Memorial was "disrespectful".
Click to expand...